Travelling around the world is always an exciting and relaxing time. For those that vape, you may have to consider some tips to assist you in having a good trip.
<>
Hugh .

Travelling around the world, or domestically as many are doing right now, is always an exciting and relaxing time. For those that vape, you may have to consider some tips to assist you in having a good trip.

For starters, if you’re worried about taking your vape far away from your home, for reasons such as worrying about losing it or not knowing if your model will be allowed, then consider looking into disposable vapes.

Disposable vapes offer benefits to users, as they are usually small and can fit into the palm of your hand. You won’t have to worry about packing them, as they can fit into any bag or suitcase with ease.

They also don’t need cleaning, as they will get thrown away when used up. This means vapers can get their hit on the go without worrying about maintaining the device.

You also won’t have to deal with customs when travelling, assuming you’re using a basic disposable device. Some countries may ban your bigger device or expect you to pay a fee before leaving.

Think About Your Destination

It’s important to consider your destination, as some countries have outright banned using a vaping device. The laws are always changing in some countries, with some outlawing the sale of devices but permitting the use.

Some countries have banned the use of devices, such as Chile. Mexico, for example, allows the use of vape devices but has made it illegal to sell or import them, so be wary when travelling and check with your destination before flying out.

Even if the country you’re travelling to allows the use of these devices, there may still be restrictions, rules and regulations you need to follow. For example, will they allow you to use the device in public spaces or private land? It’s a similar story for where your accommodation. You may find that hotel chains will forbid the use of vaping or smoking, whereas private homes such as Airbnb may be more open to it.

For destinations that you are able to travel to with your device, you should consider bringing along some spare vape equipment, such as coils and potentially batteries. Batteries especially are important for travellers, as if they are out and about for a long time, they may not be able to charge the whole day.

A few spare batteries give you more options when vaping, but you should bring a bit of everything as backups. You never know what might break and leave you stranded, and the last thing you’ll want is to be tempted back into cigarettes, as the , the benefits from quitting smoking are very important to you.

Of course, no vaping experience would be complete without some unique E-liquids thrown into the mix. When travelling, you may find that you cannot pick up any liquids from where you are, either because there’s no physical store or online outlets won’t deliver.

So, you should bring enough to last you. Not only that but consider bringing some fun flavours to try to spice up your holiday, such as the Nexus range. You could even try and match up flavours to a specific destination to give your trip a more authentic feel. Maybe the local vape groups there will be able to advise with what’s popular, for example.

With most airports and other transport links, you won’t be able to vape inside or on the transport vehicles themselves, so be prepared for a potentially long time without having a puff.

Most airlines will tell you to bring the vape and vape equipment onto the carry-on bag rather than the luggage. You won’t be able to use it on the flight, but this is where it usually needs to be stored.

Strangely, ships and cruises are usually more vape friendly, but again, it varies from company to company. The consensus seems to be that on these ships, you will be able to vape on your personal balcony, as well as open-air spaces on the deck. Some ships will also have their own designated areas for smoking and vaping.

Of course, if you’re travelling by car, then you can pretty much vape as much as you want, providing you’re not driving and endangering anyone else on the road. If you’re a passenger, consider using a weaker battery or coil in order to have fewer vapour clouds produced, as to not impair the vision of the driver.

Each different country around the world will have their own transport companies and rules, with some allowing vaping on buses and underground, in some rarer cases. Do your own research about the specific country and private transport before travelling out. 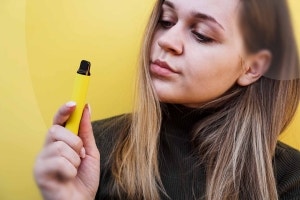 The Next Step - Moving from Disposable Vapes 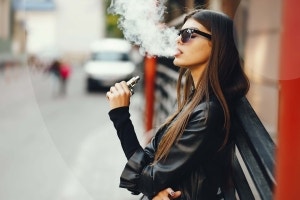 Clearing up Some Myths on E-Cigarettes & Vaping 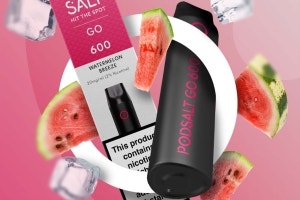 How Many Cigarettes Are in My Disposable Vape? 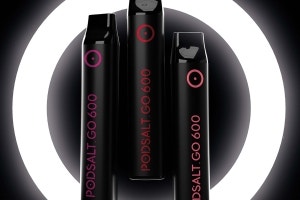 How Long Do Disposable Vapes Last? 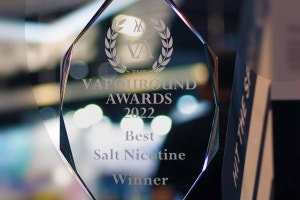